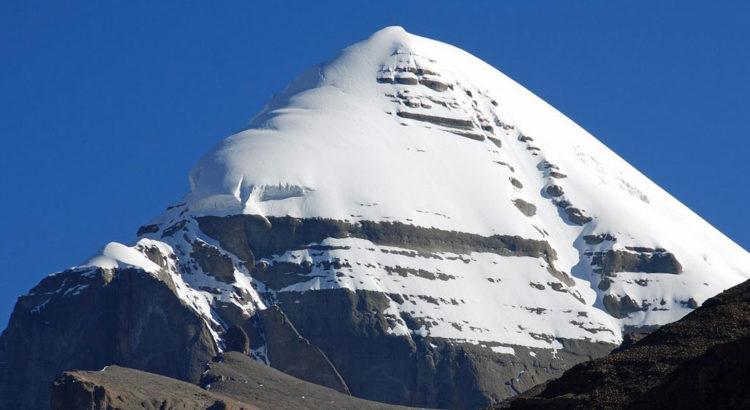 Mount Kailash known in Tibet as Kang Rinpoche or “Precious Jewel of Snow” is the most sacred peak in Tibet. It is located in far western Tibet’s Ngari prefecture, more than 1200 kilometers from Lhasa. At an elevation of 6,656 meters above sea level, snow-capped Kailash gives life to 4 grand rivers: Shiquan River, meaning Lion Fountain, known as Indus in the lower reaches; Maquan River, meaning Horse Fountain, the origin of Yarlung Tsangpo River; Xiangquan River, meaning Elephant Fountain, known as Sutlej in the lower reaches; Konhqu Rier, meaning Peacock Fountain, the origin of Ganges River. There is no other peak in Tibet that is as holy as Kailash, every year thousands of Buddhist and Hindus do the 52 kilometer pilgrimage circuit around the mountain.