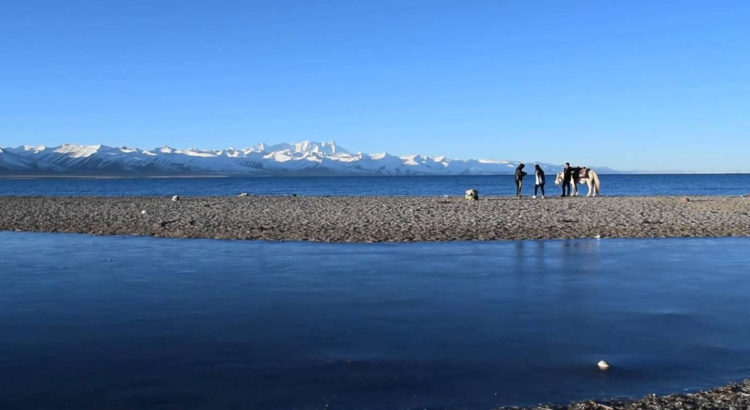 Namsto Lake is the largest lake in Tibet Autonomous Region which is located 5 hours north from the Lhasa. It is called as heavenly lake in Tibet. Namsto is at an altitude of about 4718 meters. The lake is surrounded by the snow covered Nyenchen Tanglha Range, the highest mountain in north Tibet. Namsto is regarded as the holy lake by Tibetan Buddhists. During the year of the Sheep in the Tibetan calendar believers make a pilgrimage to Lake Namsto.